The RADQPE product is obtained after a careful processing of the weather radar measurements and a merging with rain gauge measurements. The scientific basis can be found in Goudenhoofdt and Delobbe (2016). There is a continuous improvement process based on research and quality control.

Radars emit electromagnetic pulses, typically with a length of 500m and a width of 1 degree. Part of the energy of this pulse is reflected back to the radar by precipitation. Radars performs scans at different elevations in about 5 minutes. Estimating rainfall from radar measurements is a challenge because of the many sources of error and uncertainty.

RADQPE is based on the 3D reflectivity measurements of the following radars:

These radars exhibit various technology, scanning strategy and data processing. They use Doppler capabilities to remove non-meteorological echoes with zero velocity (e.g. hills). Some processing can lead to loss of information and make further processing difficult.

The following automatic rain gauge networks are used by RADQPE:

QUALITY CONTROL OF THE RADAR MEASUREMENTS

- Identification of clutter (i.e. non-meteorological echoes or signals) based on satellite cloudiness products

- Identification of clutter based on vertical profiles of radar reflectivity

- Identification of clutter based on image texture

4. Conversion of reflectivity into rain rates based on precipitation type (hail, convective, stratiform)

1. The movement of precipitation between 5-min snapshots is obtained using optical flow methods. It is used to accumulate rain rates over the past 1 hour and 24 hours.

2. The accumulations are adjusted by a mean field bias (MFB), which is computed based on the rain gauges measurements corresponding to the same duration

3. To remove radar calibration difference before compositing, the single radar rain rates are adjusted by the median of the 24h biases (computed at the previous step) for the past month.

1. For the months with dominant convective precipitation (May, June, July, August), the single radar rain rates are combined into a composite by taking the maximum value of the 3 closest radars.

2. For other months, the composite is based on all values weighted based on the distance to the radar.

3. Rainfall accumulation of the composite rain rates are made for the past 5 minutes, 10 minutes, 1 hour and 24 hours.

4. The 1h and 24h composite accumulations are adjusted by the MFB correction 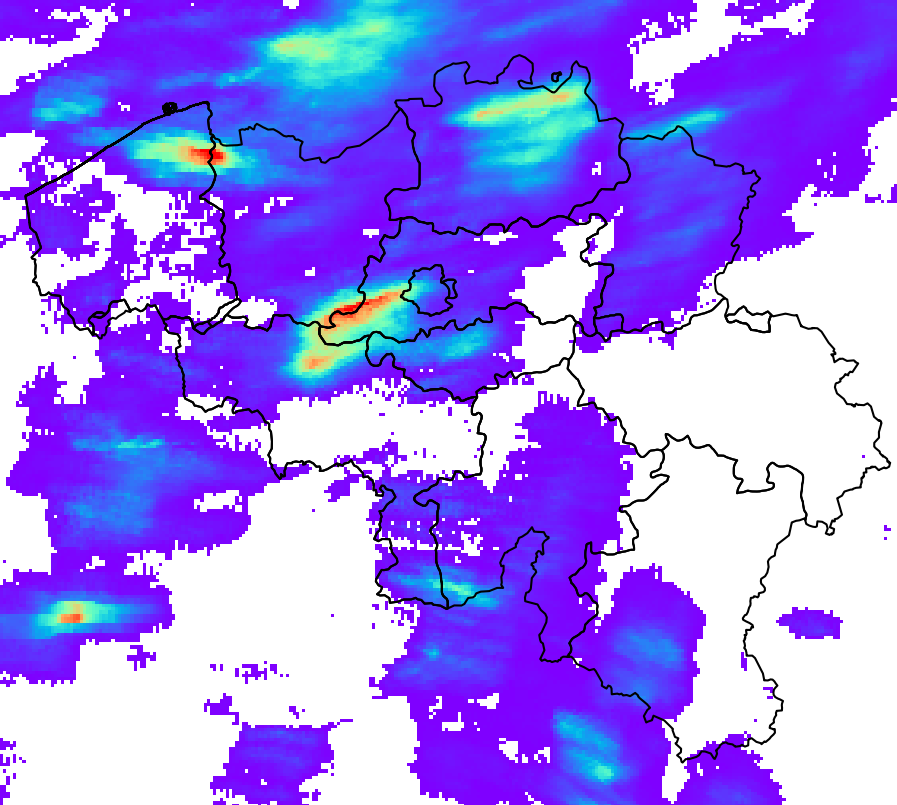