Technical documentation of the product

Statement
Administrative units - current situation are extracted from the from the reference database for the land register data, CadGIS, which is continuously updated. This is the most recent (current) situation of administrative units. The geometric representation of administrative limits published in CadGIS is made up of a set of sections whose layout (X and Y coordinates) corresponds to the situation of an administrative limits at a given moment. Sometimes the coordinates are legally recorded, but often they are coming from an analysis and interpretation of legal documents, and/or field data or any other relevant information such as regional reference frames, aerial photographs or original plans. Therefore, this layout does not possess the same quality everywhere. Especially in places that have not been subject to recent measurements, (carto)graphic coordinates can be proposed and can therefore change over time if new information of better quality are provided in compliance with the update rules currently being developed. In the CadGIS database, the administrative limits are the delimitations of Belgian administrative entities at different hierarchical levels, i.e. municipalities, administrative arrondissements, provinces, regions and finally the country. Polygons (corresponding to the territories of the different hierarchical levels from the municipality to the country) are generated on the basis of the layout of these limits. 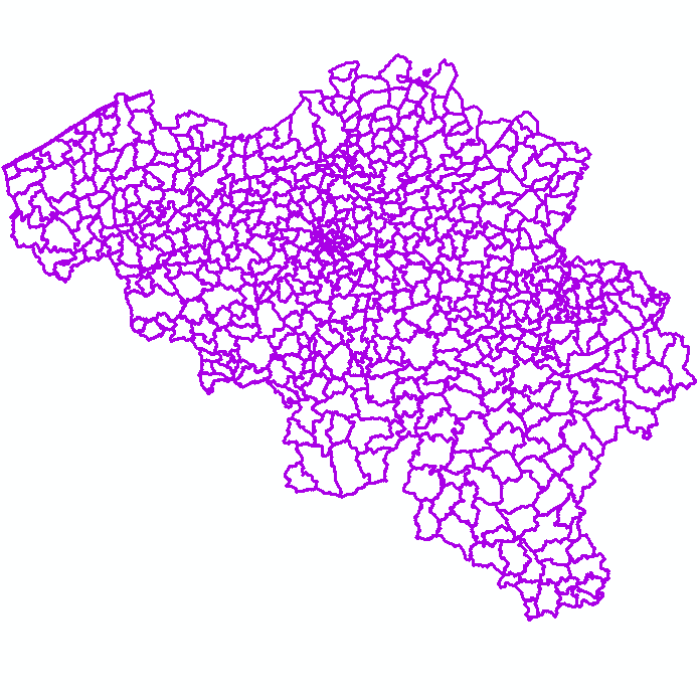